This page is still under construction. 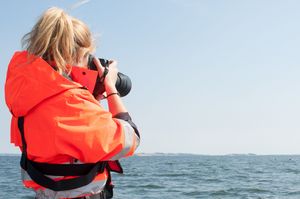 Grey seals are returning after years of Absence to our coasts. Photo-ID of grey seals is used to Monitor this process, to evaluate site fidelity of the animals and to establish a baseline for conservation purposes.

AMPOD developed applications and analysis methods for the deployment of T-PODs in environmental impact studies for wind farms: Comparability and development of standard methods.

The duration of the project was from 2006 to 2009 with participation of German, British and Danish institute.

COSAMM means the Comparison Of Static Acoustic Monitoring Methods for harbour porpoise and other odontocete species. In cooperation with SAMBAH was different methods developed to get comparable data with different measuring devices. Therefor it was for example necessary to examine the detection range of the devices.

About the migratory behaviour of the harbour porpoise is already known a lot but just a little about the calf areas and the exactly nourishment. A combination of analyses of stomach contents and study of chemical tracer, for instance isotope ratio between carbon and nitrogen, are necessary in order to study the ecology of marine mammals.

The return of sturgeons

In the beginning of February 2014, two new projects were started at the German Oceanographic Museum, which are sponsored by Research Foundation of Baltic Sea (Forschungsstiftung Ostsee). The project “A living fossil - The return of sturgeons” is led by Dr. Timo Moritz and attends to a globally endangered fish species. Sturgeons are at risk of extinction acutely. Since 1920 they are rated as died out in the German Baltic Sea.

Especially human influence, for example overfishing, habitat change and environmental pollution are liable for this problem. A circulating exhibition about the return of sturgeons was developed which was shown first at the German Oceanographic Museum. By reference to prepared animals and with exciting stories it will give an in-depth look in the world of this osteichthyes, which are known for the most people for their tasty roe, the caviar. 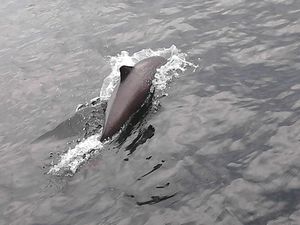 Marine mammals play an important role in the ecosystem of the sea as part of the upper trophies. Many of them, such as the harbour porpoise, are strongly threatened by various external influences, such as the pollution of the seas by garbage and toxins and the changing abundance of prey. By analyzing collected bones, tissues and other samples from the museums of Northern Europe, the project aims to provide an overview of the changes of the past decades and even centuries. 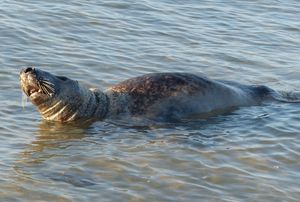 Because marine mammals live in cross-border areas, interntational management for the protection of these animals is necessary. The aim of the project is to create a world-wide network of marine protection areas.

The sighting project use incidental sightings and stranded animals of harbor porpoises in the Baltic Sea to identify areas of importance. Reported sightings are shown for the public in an interactive map. 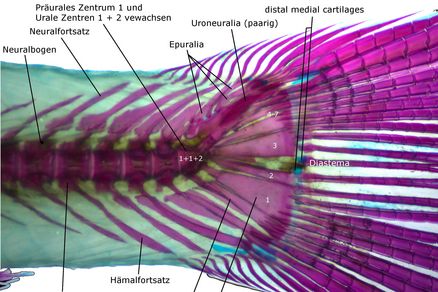 Master theses of students at the German Oceanographic Museum