On November 26th, the budget committee of the German Bundestag adopted a budget increase of ten million euros for the German Oceanographic Museum intended for expansion of its NAUTINEUM location on the isle of Dänholm in Stralsund.

"We are extremely pleased with the positive response from Berlin and would like to thank Bundestag members Sonja Steffen and Eckhardt Rehberg for their support and advice during the ongoing development of our museum," adds Andreas Tanschus, director of the German Oceanographic Museum in Stralsund. The city’s mayor, Dr. Alexander Badrow, also issued his thanks: "As chairman of the administrative board of the German Oceanographic Museum Foundation, I am delighted about the strong commitment to scientific research in Stralsund. Eckhardt Rehberg and Sonja Steffen have succeeded in bringing their enthusiasm for our Hanseatic city and the world‘s oceans to Berlin!

The development project with a total budget of 20 million euros includes new offices for scientists, space for museum collections, a specialised library as well as laboratories and workshops. Expansion and renovations are to take place over the next five years parallel to the modernization of the MEERESMUSEUM. 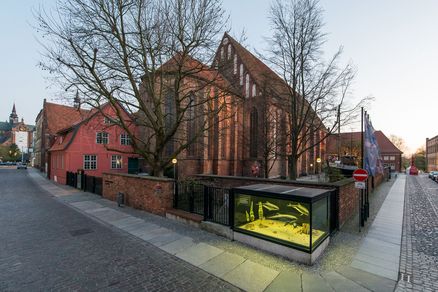